For a Quicker End to the Russia War, Step Up Aid to Ukraine 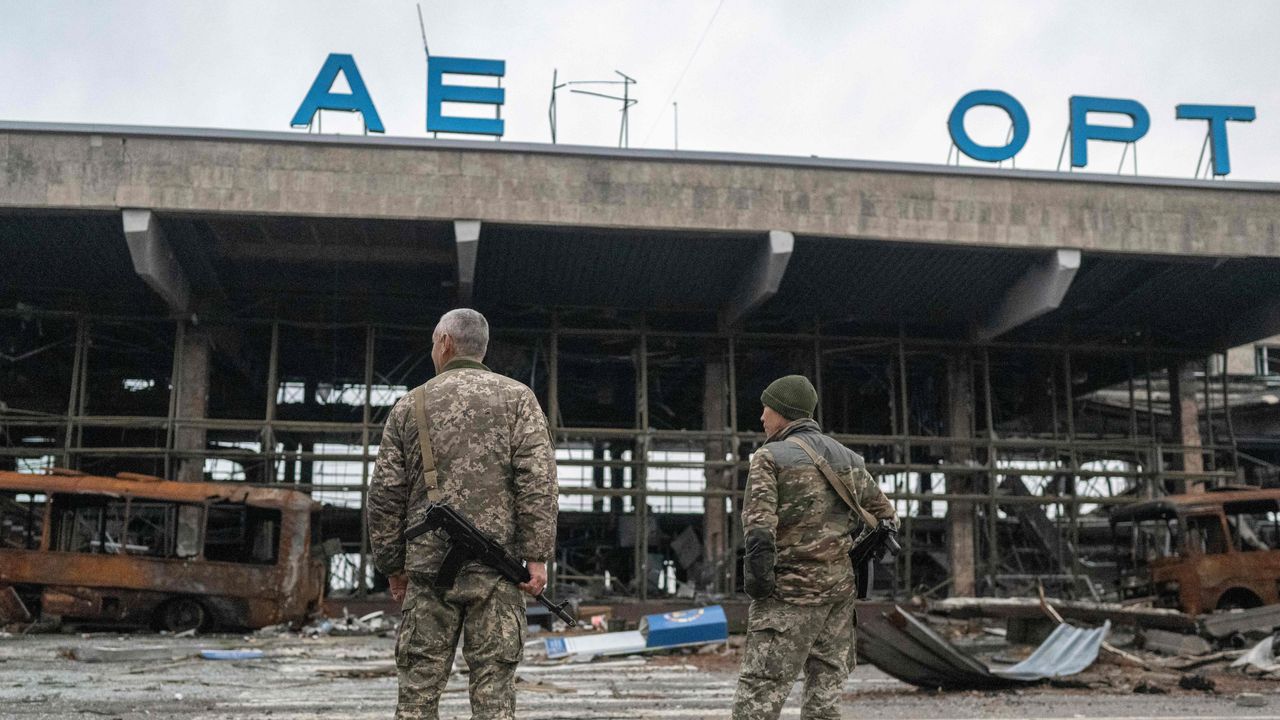 I don’t care how often I have to say it: The war in Ukraine can end only with Vladimir Putin’s defeat. Russian forces must be pushed back to the de facto boundary of Feb. 24. There is no way Volodymyr Zelensky or the Ukrainian people could conceivably accept another outcome, not after the savagery they have endured. There is no land-for-peace deal to be done, even if Mr. Putin were offering it and even if he were to be trusted, which he is not.

Since the war can end only one way, the question is how fast we get to the inevitable conclusion. It’s in everyone’s interest, including Russia’s, that the curtain come down as soon as possible on Mr. Putin’s misadventure. Not in 2025, not in 2024, but in 2023.

The world can’t continue to watch as the Ukrainians are terrorized with missiles and drones. It is a moral abomination that millions are being left night after night without heating or light or water—to say nothing of the continuing and indiscriminate murder of civilians. And the longer Mr. Putin continues with his senseless attacks, the longer the global economic hemorrhage will continue as well.

There is a serious danger of complacency about the consequences of delay. For all who rely on supplies of Russian gas, this winter will be very tough, though thanks to prodigious organizational efforts to store gas supplies we will get through it. The bigger problem is next winter—2023-24—when those stocks will have been run down and become harder to replenish. Newly commissioned liquid natural gas terminals won’t yet be online. Some European countries are rushing to build more offshore wind capacity, but that won’t be ready either; and we certainly won’t have any more civilian nuclear reactors. Are we really going to wait and let this thing drift until Mr. Putin has regained some of his leverage?

It is time to look urgently at what more the West can do to help the Ukrainians achieve their military objectives, or at least to kick the Russians out of all the territories invaded this year. That’s the only plausible basis on which a conversation about the future could begin. The Ukrainians have the valor necessary to succeed. They have shown it. They just need the equipment.

The American contribution has already been prodigious—at least $17 billion in military aid. The U.K. has committed about £2.3 billion. Other countries have been stepping up. I know these expenditures are painful at a time of fiscal restraint, but time is money, and the longer this goes on the more we will all end up paying in military support.

So let’s share the burden and accelerate the denouement. First let’s give the Ukrainians the help they need against aerial attacks. Kyiv needs unmanned aerial vehicles to detect the launch sites of drones and missiles, as well as antiaircraft missiles to take them out. The drones have the same engines as Vespa scooters, so planes to shoot them down don’t have to be fast. As one Ukrainian put it to me, “Spitfires would do.” We don’t make Spitfires in the U.K. anymore, but plenty of countries have planes that would do the job.

Mr. Putin has reportedly taken to attaching conventional warheads to nuclear cruise missiles, which may indicate that he is running low on drones and missiles. This is just a guess, but we can’t afford to wait to find out. As former U.S. national security adviser H.R. McMaster recently told me, the Ukrainians need to be able to take out the arrows, and they need to be able to take out the archer as well. They need the longer-range systems, such as ATACMS, that would enable them to target launch sites, and they need armored cars and tanks to retake ground quickly.

I know the wearying counterargument that stepping up supplies to Ukraine risks escalation. We dare not risk “poking the Russian bear.” Surely to goodness, after almost a year of this hideous conflict, we can see what total nonsense this is.

Mr. Putin knows he can’t use nuclear weapons or other weapons of mass destruction. He knows the consequences. The truth is that he’s the one who fears escalation. It wasn’t a threat from the North Atlantic Treaty Organization that “provoked” him to invade. It was decades of Western lassitude and irresolution about Ukraine’s status that enticed the bully to make his mistake. The West has atoned for this failure with a stunning display of coherence and unity since February. We must be stronger and bolder.

This thing is only going one way. For the sake of the world, let’s help those brave Ukrainians finish the job, and the quicker the better.