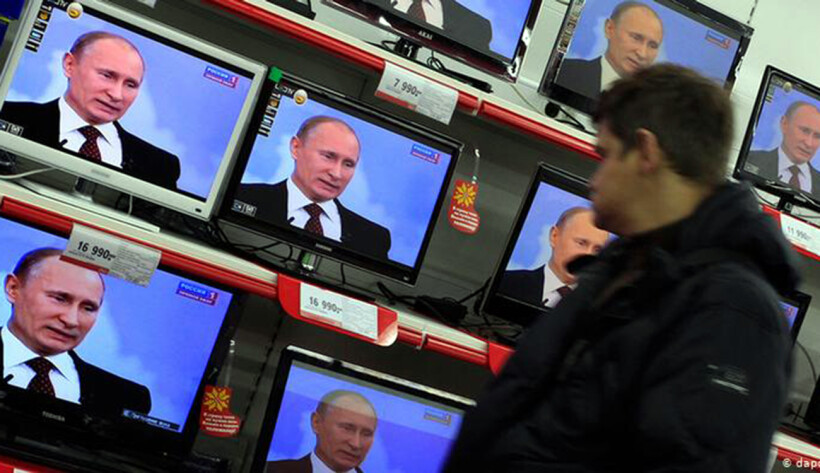 Analysts from Lithuania, Poland, and Ukraine, who have studied Russia’s disinformation techniques during the war, warn that countries need to coordinate their actions to counter Russian propaganda.

This was reported by Lithuanian National Radio and Television.

The Lithuanian government plans to set up a new centre to track, expose, and coordinate international efforts against Kremlin propaganda.

Russian media have been focusing on initiatives in the Baltic states to remove Soviet-era memorials, using it as evidence that they are “fascist” countries.

When Vilnius authorities moved to take down a World War Two memorial in the Antakalnis cemetery, the United Nations Human Rights Committee issued an injunction after receiving a complaint from activists linked to the controversial former politician Algirdas Paleckis, who is currently serving a prison sentence for spying for Russia.

Rūta Juknevičiūtė, a journalist with the LRT Investigation Team, says that the complaint was assisted by Moscow and those working for it.

“There is a propaganda portal that unites activists from different countries who support the Kremlin. It has even appeared with templates, letters, and calls to bombard the authorities with complaints about the demolition of Soviet monuments. There were even offers to help write and translate the texts into English and French. What happened? We have seen, in the case of Lithuania, that supporters of Paleckis have filed a complaint with the UN Committee,” explains Juknevičiūtė.

Experts from Lithuania, Poland, and Ukraine, who have investigated Russia’s disinformation campaigns, have found a network that has been set up. Its members travel to Russia or Belarus and make broadcasts on social networks, calling themselves non-mainstream media.

“Russian propaganda is always opportunistic, they are quite adaptable and the selection of their narratives is usually done by just running through a pile of them and seeing what sticks,” says Lukas Andriukaitis, an analyst at the Civic Resilience Initiative.

Among the measures recommended for the country, the report highlights the need for coordination in the fight against disinformation, and for a new centre that operates regionally, nationally, and internationally.

The Lithuanian government says it will start work next year.

“The format of the armed forces has a certain framework, but it is not enough. We need to see other sectors, other spheres: the public sector, the economic sector, the energy sector. As we know, there are a lot of things that provoke negative reactions, so the centre will use the capabilities of the military, but we will also bring in all the others,” says Vilmantas Vitkauskas, head of the Threat Management and Crisis Prevention Group.