The Jews must leave Russia while they still have a chance 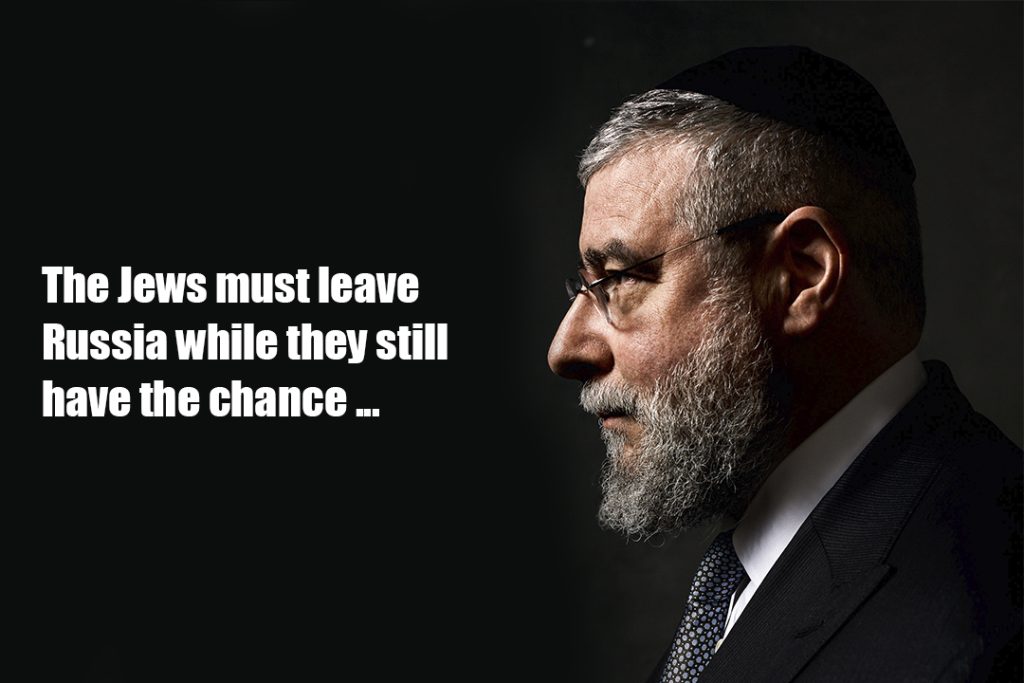 About this in an interview with The Guardian  said the former chief rabbi of Moscow, Pinchas Goldschmidt, who left Russia due to pressure from the authorities.

“If you look at Russian history, you can see that every time the country’s political system was in danger, the government tried to redirect the anger and discontent of the masses to the Jewish community. This happened both during the tsarist times and at the end of the Stalinist regime,” the rabbi said.

According to Goldschmidt, the level of anti-Semitism is increasing in Russia, and the country itself is turning into a “new type of Soviet Union” in which “the iron curtain is gradually falling.”

“That is why I believe that the best option for Russian Jews is to leave,” he summarized.