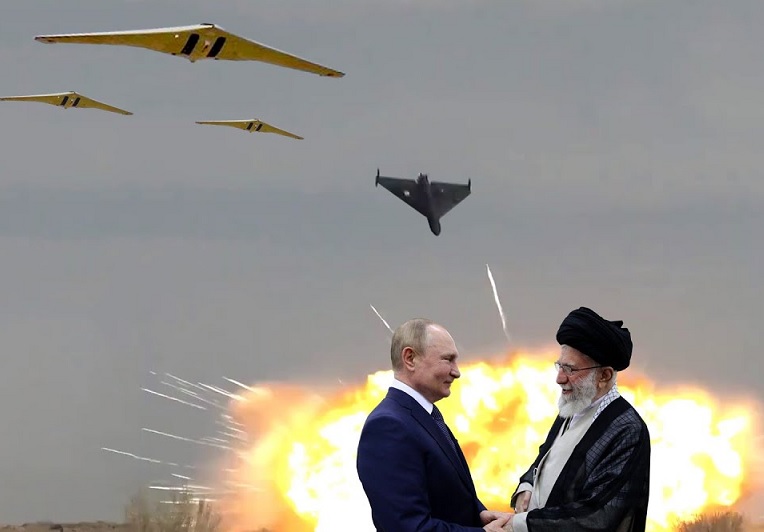 The President of Ukraine, Volodymyr Zelenskyy, warned that Russia is preparing a long-term attack by suicide drones to wear down Ukraine’s air defences and incapacitate its energy infrastructure.

At this point, it is known that Iran provided 1750 kamikaze drones under the contract with Russia, report Ukrainian intelligence agencies. Apparently, Iran has delivered a new supply of these suicide drones. Russia launched its latest swarm of the Iranian-made weapons, nicknamed “flying scooters” for their relatively low speed and noise sound. The Russian forces most often launch Iranian-made kamikaze drones at night along the Dnipro riverbed to reach targets in Kyiv. With this way, it is harder to detect the UAVs with radar, report Yurii Ihnat, spokesman for the Ukrainian Air Forces.

Now Russia seeks to change its tactics and prepare for new ways of UAVs attack. Previously, Russia launched drones from Eastern parts of the occupied territories of Ukraine. Now, together with Iran Russia conduct trainings near the Strait of Hormuz, to use drones at low temperatures. When training finished, Russia wants to adopt this way of launching drones from their battleships located in the Black Sea.

The US and Israel are discussing how to prevent Iran from supplying drones to the Russian Federation, said Ned Price, a spokesman for the US State Department.

“We have certainly discussed with our Israeli partners the threat posed by Iran’s UAV technology and its proliferation around the world, including Russia.”