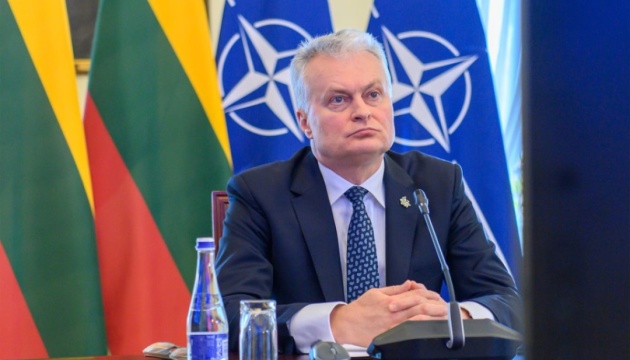 Lithuanian President Gitanas Nausėda intends to visit the capitals of NATO member states ahead of the alliance’s summit in Vilnius to build support for Ukraine’s membership, according to his adviser.

This was reported by Lithuanian National Radio and Television.

In particular, the adviser said, the president will try to convince countries like Turkey that are sceptical about Ukraine joining NATO.

“In fact, before the summit, Lithuanian President Gitanas Nausėda is going to visit some NATO capitals to talk about what could be achieved during the summit in Vilnius. And I won’t hide the fact that these capitals are not necessarily the capitals of our allies,” Asta Skaisgirytė told LRT TV on Sunday.

“Maybe the Turks themselves, they are the ones we need to talk to. We need to give them additional arguments why we see Ukraine’s NATO membership as a logical step on their path of rapprochement with the allies,” she said when asked which capitals the president would visit.

According to Skaisgirytė, Lithuania has repeatedly supported Ukraine in its quest for NATO or European Union membership.

“We have done so many times: when Ukraine was on its way to joining the EU, and now that Ukraine has obtained candidate status and is going to start accession negotiations this year, we have done the same,” she noted.

“Yes, there has to be the will of all the 30, well, 32 NATO members to accept new members. We have not yet checked that will,” the adviser said.

NATO currently has 30 members, with Sweden and Finland having applied to join.

The foreign ministry has indicated to BNS that around 40 delegations from NATO member and partner countries are expected at the 2023 NATO summit in Vilnius, with initial estimates indicating that around 5,000 people will attend the event and accompany delegations.

This is the first time the summit is being held in Lithuania and will take place on 11-12 July.

The agenda in Vilnius will focus on strengthening the alliance’s collective defence and deterrence and increasing support to Ukraine.

Finland and Sweden are expected to attend Vilnius for the first time as full NATO members.

The agenda in Vilnius will focus on strengthening the alliance’s collective defence and deterrence and increasing support to Ukraine.

Finland and Sweden are expected to attend Vilnius for the first time as full NATO members.