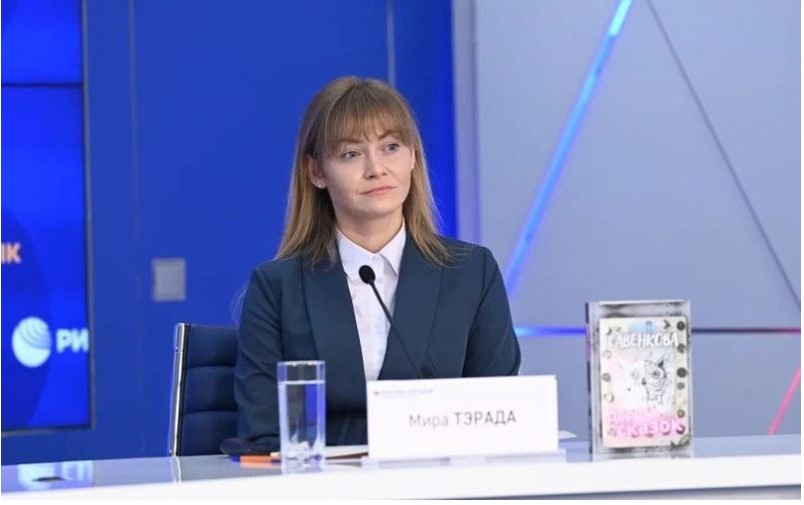 While living in the US, Oksana was pled guilty to money laundering and she was convicted to 30 months behind bars. She did plead guilty in order to avoid a harsher sentence for drug trafficking.

Vovk was captured at Helsinki-Vantaa airport in Finland in 2018, and she was extradited to the US in 2019. After being released from prison, Vovk returned to Russia in 2021 where she started her new career as a state propagandist.
After returning to Russia, she was picked up by no other than Yevgeny Prigozhin to run a sham organization called “Foundation to Battle Injustice”. At their front page, the first news is Tara Reade’s claim that Joe Biden raped her.
So yeah, it’s that kind of an organization. The site also states that Vovk was “wrongfully convicted”, even though there was a mountain of evidence for the conviction and she actually plead guilty to it.

It also claimed that Grayzone blogger Max Blumenthal was persecuted in the United States. As many of you know, Prigozhin’s modus operandi is to hire ex-cons to do her dirty work, and that’s exactly what she did with Vovk. We will surely see more of her lies in the future.